Preach a sermon on the Our Children’s Trust Case!

Jump to the 90-second video.
Jump to religious resources, and IPL sermons preached (share yours, or news of yours!) Frame your message as a matter of justice connected to the scriptures and values of your faith.  Point to the hope your faith provides

“Intergenerational solidarity is not optional, but rather a basic question of justice, since the world we have received also belongs to those who come after us.”

Personalize the issue with reference to the children and youth in your community. Help people realize how their action or inaction today will affect those they know and love.

Jump to links about the court case.

Colorado Interfaith Power & Light invites faith communities of all traditions to join us in support of this effort to preach 1000 sermons, teach 1000 teachings, or ponder and pray on 1000 studies — all focused on the enormous impacts our climate choices will have on the rising generation.

In a landmark case called Juliana v. U.S., twenty-one courageous youth have filed a lawsuit against the United States government for its role in causing climate change and violating their rights to life, liberty, and property, while also failing to protect essential public resources. The youth range in age from 10 to 21, and their voices provoke a moment of moral reckoning for our nation. Their day in court is coming, and now is the time for people of faith and conscience to speak out in solidarity.  The case was first filed in 2015. The court date is now set for October 29, 2018.

Will your faith community contribute a sermon, study, or teaching?

The 1000 sermons challenge and Justice for #EachGeneration effort was begun by the United Church of Christ. We were pleased to be invited into the community of support, and urge you to visit their beautiful website www.eachgeneration.org

to care for the most vulnerable,
to stand for justice, and
to care for our common home.

We urge you to reach out for support, and to log your faith community’s sermon, teaching, or study at www.eachgeneration.org, as well as sharing it with us.

This is a particular moment for youth to speak and lead — and for youth to see their elders amplifying youth concern and hope, and standing for a future that reaches beyond what elders will personally see.

This is a particular moment to share our messages beyond our walls — will you share words or thoughts in a denominational newsletter, a local newspaper, here on our blog, or by inviting your community members to a repeat event?

It is worth noting that one of eight friend-of-the-court briefs was filed by a number of religious organizations—including national Interfaith Power & Light, as well as our friends at the Shalom Center, the Franciscan Action Network, and the Sisters of Mercy.  Of course that brief cites plenty of legal precedent. It also cites sources of particular interest to Pennsylvania Interfaith Power & Light

90-second video about the case:

April 12th Update: A trial date of October 29th has been set for the youth! The trial will be heard before U.S. District Court Judge Ann Aiken in Eugene, Oregon. Read the press release from Our Children’s Trust.

Resources:
Rev. Tracy Howe Wispelwey of the United Church of Christ has created liturgy for a worship servicedevoted to solidarity with the youth plaintiffs.

Peter Sawtell of Eco-Justice Ministries has reflected on the lawsuit and the significance of declaring a livable future as a right for coming generations.

The Institute for Youth Ministry at Princeton Theological Seminary has published a series of short articles designed for youth groups, Bible study groups, and church committees who are looking to jump-start a conversation on climate change. One of the contributions lifts up the Justice for #EachGeneration campaign.

Webinar Highlights:
Thanks to Sinclair Gallagher a video was made featuring highlights from a webinar featuring Kiran Oomen, one of the youth plaintiffs.

THE STORY OF A
MOTHER AND SON 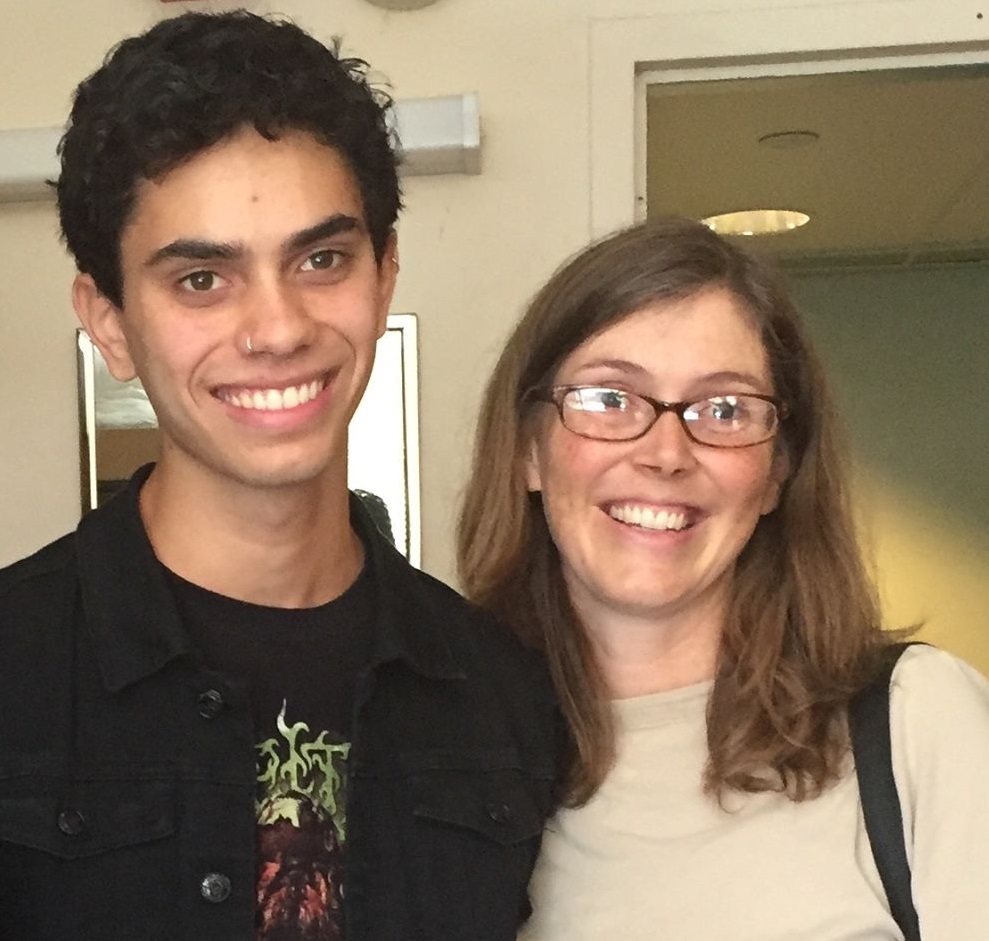 Kiran and Melanie Oommen were an early inspiration for many people of faith in supporting the youth plaintiffs. Kiran is one of the 21 youth bringing the lawsuit, and he is the son of Melanie, an ordained minister in the United Church of Christ. Melanie writes with eloquence about the prophetic actions of the youth. She asks, “What does it look like to live hope when the very fate of our planet is at stake?”

In giving her own response, she declares, “In the enduring hope of those young plaintiffs, our God abides.”

The inspiring efforts of the youth compelled the United Church of Christ Council for Climate Justice to support them and seek other partners in issuing a call for moral voices of faith to be raised in communities across the country. A wealth of partners soon arose. In addition to Colorado Interfaith Power and Light (also home of one of the 21 youth on the case), we extend a special thanks to these sponsors:

To become a sponsoring organization, please contact the Rev. Brooks Berndt, the Environmental Justice Minister for the United Church of Christ.